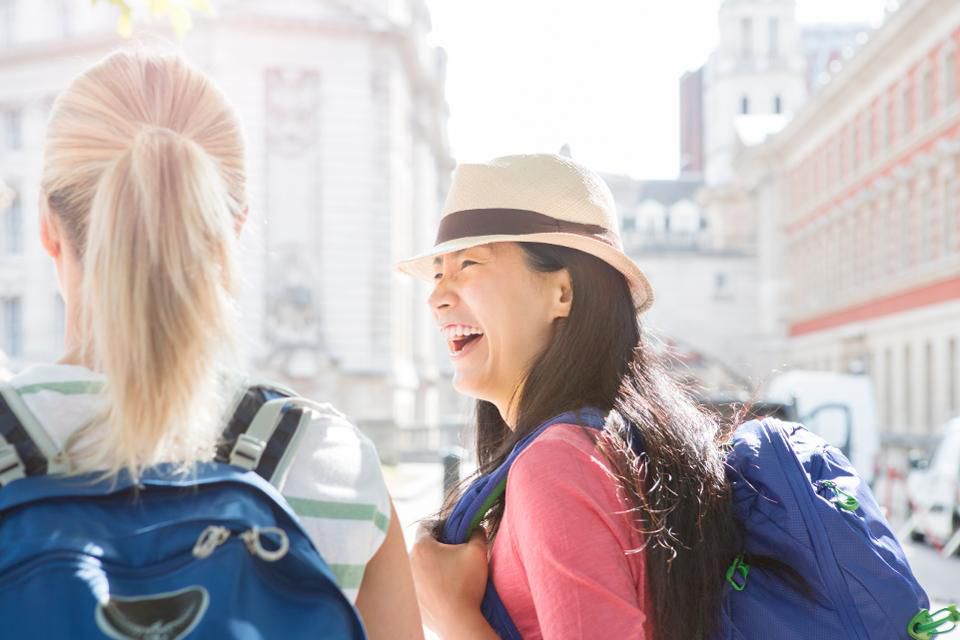 For more than 20 years, I've worked with clients entering and expanding in the China market across all major business sectors and mainly Fortune 500 companies. Lately, there's been a major uptick in interest in capturing the China tourism market, and we have been working with new clients on how to tap into this formidable market.

Despite continued trade tensions and bilateral bickering, the Chinese market remains one of the greatest consumer market opportunities of this century. The headline numbers are impressive -- a population of nearly 1.4 billion and GDP growth still close to 7%. The popular stats, however, miss the real reason for confidence: Spurring consumerism is front and center for China’s leaders as they reorient their economy away from exports.

Beijing is eager to unleash the spending power of a population known more as savers (at 46% of GDP, China’s savings rate is unusually high). As China’s middle-class has grown, tourism has rapidly emerged as a key source of spending. China’s government has taken note, with tourism promotion featuring heavily in China’s economic reform plans and even its foreign affairs priorities. The idea is that Chinese tourists can be a cultural as well as an economic force.

And what a force they are. In 2017, more than 131 million Chinese tourists fanned out across the globe, spending about $115 billion overseas. The U.S. alone is forecasted to see 4.5 million visits annually by 2022 with Las Vegas, New York City and Los Angeles being favorite destinations. Over the next decade, the preferences of the Chinese tourist for experiences, spending and accommodations will reshape the global tourism industry.

How can you work with your clients -- cities, companies, museums, chain stores and the like -- to shape an effective public relations campaign that will attract these deep pockets? The answers can be quite simple and inexpensive.

Know what the Chinese seek.

China’s tourists are becoming savvy travelers. Luxury goods shopping sprees and big group tours are still popular, but ever-increasing numbers of Chinese tourists are looking for unique cultural experiences and choosing independent travel. Ctrip, one of the most popular online travel agencies (OTA), saw a 220% annual increase in its tailor-made and local guide travel platform in 2017. These experience-seekers skew young, educated and are diligent in their research. Highlight what makes your destination, restaurant, museum or shop a standout cultural experience and you’ll be speaking their language.

Spend a little on good translation.

So simple, yet it is astounding how often translation gets overlooked. A few years ago, I was organizing a study tour for Chinese mayors to Chicago. I was stunned to find that the big museums didn’t have Chinese language headsets for tour groups. Yet, the city was amidst a big campaign to make Chicago the destination for Chinese New Year. Translate your website, materials, storefront -- anything -- into Chinese, and have it done professionally. It’s not a big investment, but as anyone who has traveled internationally knows, you’re much more likely to go someplace that has a little English on the wall.

Make it easy to pay.

Chinese tourists prefer using their homegrown Alipay and UnionPay accounts. In a recent Nielsen report on outbound Chinese tourists, they found that 65% of survey respondents had used mobile payment methods on their most recent trip. What’s more, they found that 91% of these travelers would be more willing to shop at overseas merchants who accepted Chinese mobile payment brands.

Chinese travelers still book through the big online travel agencies (OTAs), with over 70% of digital bookings happening through OTAs like Ctrip or Qunar. Sending the big agencies some interesting info (in Chinese!) about your hotel, destination or event might get your name into the mix. The tour agencies are looking for unique new offerings, and the tourists are looking for authentic experiences.

Companies should always stick to their principles, of course, but be mindful that certain politically sensitive topics can attract attention. It’s a good idea to run ad ideas by people who know China, so they can flag any potential issues so you are prepared. Knowing what is culturally correct can also avoid embarrassment. For example, using a green hat as a giveaway for your company is a bad idea. In China, men who wear green hats have been cheated on. Likewise, a clock can mean death, as do white flowers. I’ll say it again: Pay attention to the simple things.

The Chinese tourist is one of the biggest consumer opportunities globally. Some simple things can help you and your clients position yourselves for a sip of the tea -- and avoid burning yourself on the handle.

Quick Take: What Else You Should Know about the Phase One Trade Deal with China