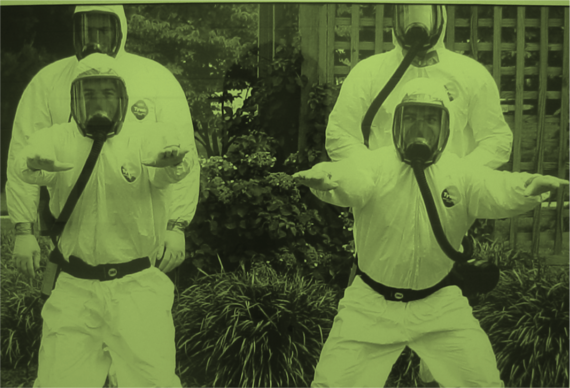 Now Xi has turned his attention to the even more difficult task of delivering on those commitments at home. To do so, he’s taking a page from his anti-corruption campaign: creating “Green Teams” or environmental experts tasked with conducting random inspections across China to ensure that provincial and municipal leaders are actually implementing his policies.

Xi’s Green Teams are a broader symbol of his challenges to implementing his domestic reform agenda, particularly enforcing local compliance of his national policies. While President Xi may have consolidated power at the national level, he still has tremendous difficulty ensuring that policies issued from the center are carried out consistently at the local level. As the Chinese proverb goes, “the sky is high and the emperor is far away.” And Xi’s environmental effort will fail if he cannot get local leaders in line.

The new inspection unit at the Ministry for Environmental Protection (MEP) is 120 experts strong and will visit all of China’s provinces every two years. They began their task this May in Hebei Province, adjacent to Beijing and home to the most polluted cities in China It is ground zero in the war against pollution.

This initial Green Team’s conclusion would come as no surprise to President Xi: Hebei officials are not enforcing the laws consistently. The inspectors found 2,856 environmental infractions, shuttered illegal companies, detained 123 individuals and investigated another 65. As a result, the province has conducted their own investigation and identified 13,784 issues to be addressed by the end of 2016. Local officials are now on notice, and will be held personally accountable for successfully implementing these changes.

To create some incentives to follow the rules, the Chinese have also changed the criteria for promotion of local officials to include implementation of environmental reforms as a key consideration for rising within the government system. Historically, the two main criteria were economic growth and job creation. Now mayors and governors are also ranked on their abilities to clean up the environment in their region.

President Xi has also taken the much needed step of changing the reporting structure for the MEP and its provincial and municipal branches. Previously, all MEP branches were under the authority of the local Mayor or provincial governor, allowing them to exert undue influence if the MEP policies differed from their own interests. Now local MEP leaders are under the authority of the MEP headquarters in Beijing, which should ensure more policy consistency in the provinces.

The concept of the “Green Team” is not new. Last year, the Xi dispatched eight SWAT-like inspection teams to the provinces to determine whether local officials were implementing Xi’s ambitious economic plans. They came back with a 1,000 page report that basically concluded that local officials were not cooperating. The Party continues to investigate the lack of consistent policy implementation as part of its anti-corruption campaign.

Three years into his presidency, Xi is still struggling with implementing his sweeping agenda—with one of the main obstacles being local recalcitrance. In the case of the environment, China is making progress where the central government has authority. Investment in infrastructure is one of those areas: China now accounts for 30% of wind power and 17% of the solar power globally. China is also on track to become the world’s largest green bond market, and is uniting its seven regional carbon markets into a unified nationwide system next year. The government is also exploring unique public-private partnerships models to “green finance” the implementation of these commitments. There is strong economic rationale for growing the environmental sector and transitioning to low carbon growth.

Xi is not taking this aggressive action however just to please the Paris signatories. At home, the number one source of protests is the poor quality of the environment. The growing Chinese middle class expects clean air to breath, safe food to eat and pure water to drink. One Green Team member told the media he was receiving at least 100 calls a day from the public just in Hebei province with complaints about local environmental degradation. Environmental protection has become a political imperative for the senior leadership as much as an economic one.

Yet the battle for the future of China’s environment—much like the battle over curtailing corruption or spurring economic growth—will be fought as much in China’s myriad provinces and cities as in the halls of power in Beijing. Which begs the question: when it comes to cleaning up China’s environment,will the Green Teams be enough?

Bloomberg Markets: China Open: How Relations With China Could Change Under Biden