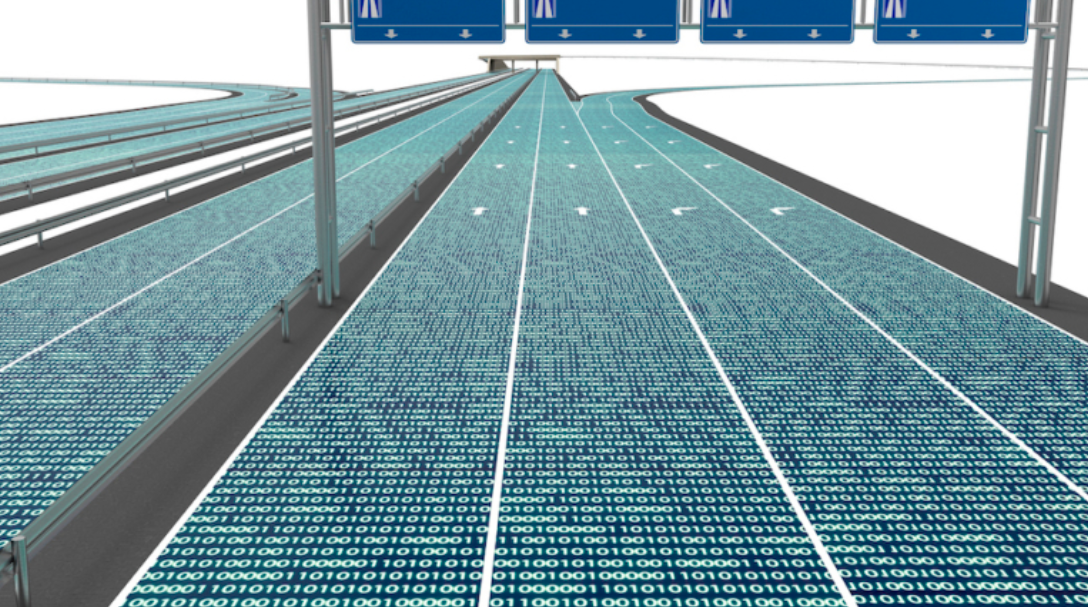 The New Silk Road is Paved by Bits and Bytes

In 2015, China launched its Digital Silk Road (DSR) initiative. The DSR is the digital backbone for China’s modern reconstruction of the ancient silk trade routes. Against the backdrop of heightened U.S.-China tensions and the COVID-19 pandemic, the DSR is how China is creating new trade ecosystems and deepening its trade relations across the developing world.

The pandemic has propelled us all faster toward a digital world as we adapt to distance learning, working from home, telehealth, and online shopping, putting technology at the center of economic life. The pandemic has also shone a spotlight on reliance on China for imports of critical products like personal protective equipment and pharmaceuticals.

These dynamics are fueling China to accelerate its global tech drive – embodied by the DSR – as well the backlash against it, primarily led by the United States. We are entering a “tech cold war” with China’s Digital Silk Road at the epicenter. The DSR is neither well defined nor understood, but it will re-shape the global economy. Here’s what you need to know.

What the Digital Silk Road and McDonald’s Have in Common

Paul Triolo, a leading U.S.-based China tech analyst, compares the structure of the DSR to the groundbreaking business model of McDonald’s: In a word — it’s about franchising. China’s publicly traded tech giants establish technological outposts or “franchises” that receive political, financial, and branding benefits under the DSR marketing umbrella from the state, which China’s competitors claim tilts the playing field against other international players.

The Digital Heart of China’s Belt and Road

China’s Belt & Road Initiative (BRI) was announced by President Xi Jinping in 2013. It’s an ambitious plan to rebuild the land (belt) and maritime (road) trade routes of the ancient silk trade routes, extending throughout the developing world from central Asia to the Middle East, and to Latin America and the Caribbean. To date, 137 countries have signed onto the program. All in, BRI is estimated to be a trillion-dollar infrastructure build, but the BRI is already showing signs of shifting global trade flows.

As the signature foreign policy of President Xi, activities to advance the BRI are a top priority across Chinese government and business sector. The Digital Silk Road is a key part of the BRI vision. So far, 30 countries have MOUs with China for DSR projects – spanning from Laos up to Kazakhstan, across to Egypt, Saudi Arabia, and the UAE and stretching to Peru and the Dominican Republic.

DSR projects combine the hard and soft infrastructure that enable the trade efficiencies promised by this next generation of technology. Under the so-called “franchise” model, public and private Chinese tech companies leverage state funding, political support, and the China brand to compete effectively for major projects around the world. The growing network of BRI trade hubs are connected through smart ports and digital free trade zones.

Many developing countries are attracted to China’s investments that enable technological leapfrogging and the deployment of next-generation technologies in manufacturing and service-delivery. But China’s aggressive strategy has led to mounting concerns about the security implications of China’s potential dominance in the technology that drives the global economy, but that could also be used in more concerning ways.

Chinese tech products, particularly in telecommunications, are alleged to enable cyber espionage, providing the Chinese Communist Party access to sensitive data. China’s push to conform international standards to Chinese tech products could effectively shut out competition in third markets. The Trump administration initiated an investigation into unfair trade practices such as state funding to companies like Huawei that enable them to undercut Western competitors on price. The international community is also raising concerns about China’s use of facial surveillance products to target and suppress political, religious, or ethnic minorities, amounting to fears that a techno-authoritarianism governance model could also be exported.

Some of these concerns may be overstated, but the lines between private competition and state security are blurred when it comes to emerging technologies in China. Chinese companies are capable of producing high-quality 5G telecom products. China’s satellite navigation system, known as Beidou, went fully operational in June, and stands as a competitor to the U.S. GPS system and Europe’s Galileo system. China dominates the financial technology space, largely leapfrogging credit cards and offering solutions to global financial inclusion. China is also launching a digital currency that will be piloted domestically and along the BRI. Most controversially, China is the global leader in surveillance and facial recognition technology, offering these products at a much lower cost without the significant export controls used by other countries.

How a Tech War Could Affect Trade

The DSR is part of a larger tech race which could divide the world into at least two systems: one operating with Chinese products and standards, the other with Western products and standards. Separate systems could face interoperability issues and challenges with cross border data flows or become subject to geopolitical fractures that force countries to choose political sides when they choose tech systems. Or, countries may have to build infrastructure to accommodate both systems, at great expense, which could undermine many of the trade efficiencies that would otherwise be achieved by these technologies.

The opening battles of the tech race are already producing trade disruptions. After years of pressure by the United States, the UK announced last week that Huawei products are barred from their telecom networks, citing national security concerns. British telecom companies are prohibited from buying Huawei products after this year and will have seven years to remove all Huawei products from current networks. The United States placed Huawei on its Entity List, limiting U.S. exports to Huawei that will severely restrict the company’s access to the semiconductors needed to make their products. That lack of access will also factor in countries’ decisions about the viability of Huawei systems in the long run. And last week, U.S. Secretary of State Mike Pompeo announced that employees of Huawei and other Chinese tech firms will not be eligible for U.S. visas, citing complicity in human rights violations.

Despite the international response, China’s biggest challenge may arise from its internal policies restricting cross border data flows, as well as from conflicts between its domestic practices and other country’s requirements to secure data and protect privacy.

Where the Fault Lines May Emerge

The Chinese government offers an attractive lifeline to developing countries, packaging hard infrastructure and software at good prices and high quality. It can build a new port and digitize traditional port operations while investing in the development of smart cities around those smart ports. China’s offer may prove to be more consequential in practical and political terms than ever before. Without strong alternatives, the tech competition could create fault lines in developing countries, further fracturing global trade.